Video games have something to offer to everyone: whether you are searching for mind-blowing graphics, exciting gameplay, or an inspiring story. However, an often forgotten but absolutely necessary part of every video game is the soundtrack. The music contributes not only to the ambiance of the game, but it can also guide you and help you anticipate and better understand certains situations. In this article, we gathered a selection of our favorite soundtracks in indie video games, a genre filled with talented musicians and composers. 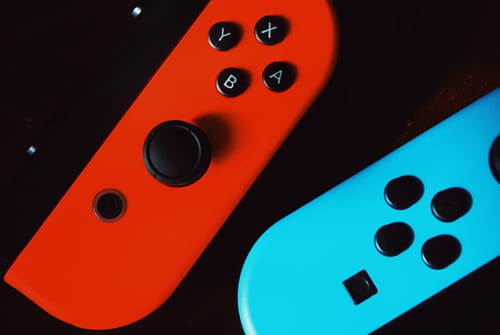 Before jumping to our favorites, you should note that besides the amazing soundtracks, all of the games in the present list are excellent and we highly recommend them!

Katana Zero is a 2D action-platformer, developed by Askiisoft, that was first released on April 18, 2019. The neo-noir ambiance of the game is perfectly completed by synthwave sounds that will give you those translucent purple feelings. This stylish OST (meaning Original SoundTrack) is composed by artists LudoWic, Bill Kiley, Tunç Çakır, DJ Electrohead and Justin Stander.

Gris is a platform-adventure game, developed by Nomada Studio and was released on December 13, 2018. In this game, you play a young girl that is lost in her own faded world, dealing with painful experiences. However, you don’t need to play Gris to know all that - listening to the enchanting soundtrack is more than enough. The beautiful music will make you dive into introspection and disconnect with the world around you. This masterpiece is composed by Berlinist.

Hollow Knight is a 2D Metroidvania action-adventure game, developed by the small team of Team Cherry. It was initially released on February 24, 2017. In Hollow Knight, you incarnate a small bug-like character that explores a haunting, plague-infested underworld, called Hollownest. The OST tells a story of darkness, mystery and adventure, and will revive the images of Hollownest before your eyes once you finish the game. The sophisticated arrangements bring a sense of epicness and are composed by Christopher Larkin.

Note that Hollow Knight: Silksong is on its way.

The Owlboy game is a story-driven platform-adventure video game, developed by D-Pad Studio and was initially released on November 1, 2016. This game gives you the possibility of flying and exploring the skies with your friends. And this is exactly how the soundtrack sounds: like an adventure and a bright future. However, the OST is more than that and offers a rich sound palette, including more relaxing but also serious tones, thus making you go all the way on the emotional spectrum. The music is composed by Jonathan Geer.

Stardew Valley is an open-ended simulation role-playing video game developed by Eric Barone and initially released on February 26, 2016. The plot ? After inheriting the old farm plot of your grandfather, you are about to start a new life. And the OST has exactly what it should for a new life: calm and relaxing music, with a sense of well-being. The perfect anti-stress recipe. Eric “ConcernedApe” Barone not only developed the game but he also composed the soundtrack.

Hyper Light Drifter is a 2D action role-playing game developed by Heart Machine that was initially released on March 31, 2016. The game offers an adventure in a vast and ruined world, with a graphic style that explores the purple palette. The synthesized music has some industrial notes; it is minimalistic but haunting and brings the experience of the game to another, very personal level. The composer is Disasterpeace.

Hotline Miami is a 2D top-down shooter video developed by Dennaton Games and initially released on October 23, 2012. In this game, you play a mysterious and silent character that receives messages on his answering machine, asking to take care of the local Russian mafia. Another synthwave gem, this OST invites us in the late 1980s with its retrofuturistic sounds. The artists behind it include Sun Araw, M|O|O|N, Perturbator, Jasper Byrne, Scattle, Elliott Berlin, Eirik Suhrke, CoConuts, and El Huervo.

Have you checked Hotline Miami 2?

Risk of Rain is an action platformer with Metroidvania and roguelike elements developed by the very small Hopoo Games team and was initially released on November 8, 2013. In this game, you incarnate a survivor of a space freighter crash on a very unusual planet. The OST brings a strangely familiar feeling of outer space wandering mixed with nostalgia.

Deadbolt is a side-scrolling stealth-action video game, developed by the same team as Risk of Rain. It was initially released on March 14, 2016. Deadbolt lets you take control over the Reaper and their mission of collecting the souls of the recently deceased. Every song of the OST develops the character or the Reaper and inspires the gamer to be the most professional possible. With some awesome guitar riffs every now and then, we get a beautiful oldschool feeling.

Transistor is an action RPG developed by Supergiant Games who created Hades and was initially released on May 20, 2014 - but we are pretty sure you didn’t need any introduction to this masterpiece. If for some reason you haven’t heard of it: in this game you play singer Red, after she survives a killing attempt and loses her voice. She comes into possession of the weapon used for her assassination - a Transistor with its own voice and conciousness.

The OST is composed by Darren Korb and features the mesmerizing vocals of Ashley Lynn Barrett. This is one of the rare soundtracks that is at least as famous as the game. Korb himself describes it as an “old-world electronic post-rock" and we can hear electric guitars, harps, mandolins, electric piano, synth pads.

Related
This document, titled « Best Soundtracks in Indie Games », is available under the Creative Commons license. Any copy, reuse, or modification of the content should be sufficiently credited to CCM (ccm.net).
Previous

Nvidia GeForce Now: How It Works and How Much It Costs

Nvidia GeForce Now: How It Works and How Much It Costs
Nintendo Switch Games Announced at Nintendo Direct 2021