This version of Facebook is great as it's been nicely adapted for Android. Love being able to keep up with family and friends on-the-go!

Facebook for Android is the official app for running the Facebook social network on Android tablets and mobile phones. As with the web version, Facebook for Android enables users to create an account or log into an account that already exists. Users can input information about themselves, upload images and videos, and update their status, as well as view friends' profiles and add new friends. Facebook for Android allows users to like and comment on a post shared by their friends. They are also able to share it to their own friends, create a favorite list or group, and receive new feeds and notifications. This app also makes it even easier to chat with friends on Facebook, both in private and in group messages. Conversations can be enlivened with smileys and emoticons. Transferring files is also easily done. Like in the web version, Facebook for Android users can also enjoy various games and applications, as well as share their scores directly on the network. 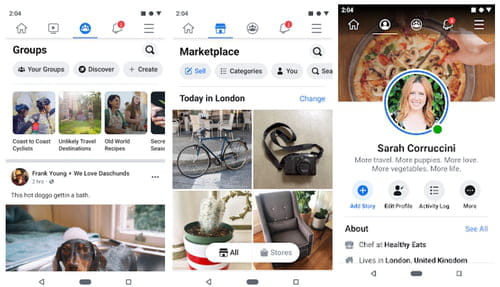