GTA: San Andreas is one of the best titles in video game history. Thanks to this definitive edition, you can relive your favorite San Andreas moments with current generation graphics and sound.

Over time, GTA: San Andreas has become one of the most beloved installments of an already legendary saga in the video game industry. The action takes place in a fictional state called San Andreas, a place that finds itself in severe conditions of chaos and corruption. As usual in the Grand Theft Auto series, the storyline of this game revolves around adaptations of events that occurred in real life, such as the crack epidemic and the gang rivalry that took place in the US in the early 90s Are you ready to travel back to Los Santos, Las Venturas and San Fierro? 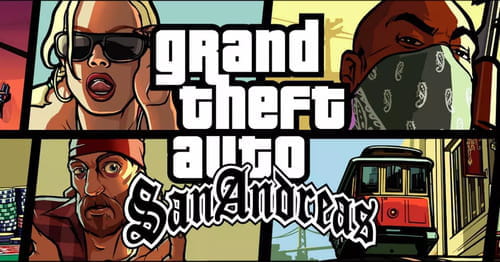 Carl Johnson, also known as CJ, is the main character in San Andreas. He travels back to Los Santos to attend the funeral of his mother, who was killed in a shooting. As soon as he arrives to the city, CJ is surprised by the local police, as they blackmail him by saying that if he doesn't cooperate, he will be accused of being involved in his mother's death. The police forces CJ to carry out a broad range of illegal practices, while he tries to unravel the real reason behind the assassination of his mom. 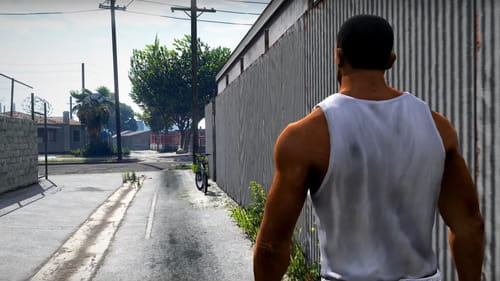 GTA: San Andreas is part of the Grand Theft Auto: The Trilogy collection. Thus, you will get a remastered, high definition version of the game. The enhancements include new lighting techniques, higher resolution textures, increased draw distance, improved sound effects, and much more.

Even though third-party mods have been developed over the years, Grand Theft Auto: San Andreas does not have an official online multiplayer mode. It is a solo adventure in which you can participate in main and secondary missions. It should take you approximately 47 hours to beat the game.

“It's like 5 games in one: part RPG, part adventure, part action, part racer and part sim. And it does it just as well as the best games in any of those genres...One of the best games ever released on any system”. (Cheat Code Central)

The game has been rated with a PEGI 18 label. It contains
graphic violence, encouragement of gambling and use of strong language.