Latest update on December 10, 2019 at 08:52 AM by Dana Elfenbaum .
Since its creation in 1995, emoji have gained major popularity. Memojis take it a step further, using technology that combines facial recognition, augmented reality, and AI to create personalized animated emojis: Memojis. We'll show you how to take your messages to the next level. 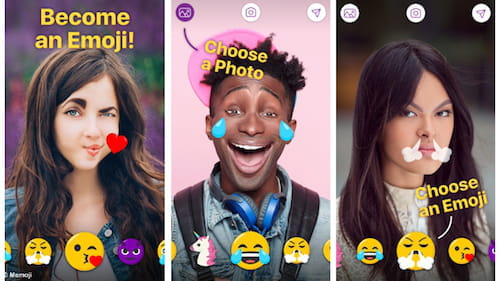 What Is a Memoji

Memojis are emojis created from a user's face, or that of another person. It was invented by Apple and planned for Messages on iOS 12. Now it is also possible to add them to WhatsApp messages, and more: 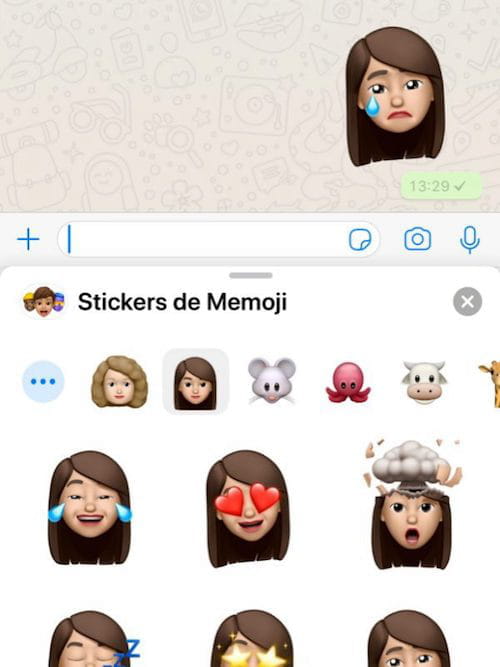 How To Create a Memoji

First ensure you have an iPhone compatible with iOS 13. To create animated memojis, you must have an iPhone X or later, or a third-generation iPad Pro.

If you have any of these devices, simply open the Messages application and start a new message. Then press the animoji icon (monkey-faced button) and slide your finger to the right. Among the options that appear, choose New Memoji. You can then customize your memoji (skin tone, eyes, hairstyle, etc). Once finished, press OK and your memoji will appear in WhatsApp Emojis.

In general, with some exceptions, Android users cannot create memojis. The exceptions are on Xiaomi, Samsung and Huawei devices. These brands have the Mi Mojis, AR Emoji, and Qmojis applications respectively, which allow users to create memojis.

If you don't have one of those phones, there are other ways to get memojis. For example, one option is to ask a friend who has an iPhone to help you create your own memo with your device and send it to you on WhatsApp (although not animated, it's something). Another possibility is to use an app to create memojis (not animated). In general, you will have to allow these applications to access your keyboard and messages.

Among the most popular apps for creating memojis on Android, the following stand out:

Bitmoji
One of the most downloaded in the Google Play Store. Bitmoji allows you to create personalized stickers from a selfie, a way to have your own memojis.

FaceQ
With this app you can create your own avatar and configure its appearance. The best thing about this app is that it easy to download and use.

Zepeto
It allows you to create memojis and dressing them however you please. In addition, you can add gestures and postures from a photo.

Memoji
It is a simple app inspired by the original option created by Apple. Although it doesn't allow you to create animated emojis in three dimensions, it does allows you to put your face on any WhatsApp emoji.

Image: © Memoji
Related
This document, titled « How To Make Memojis for WhatsApp », is available under the Creative Commons license. Any copy, reuse, or modification of the content should be sufficiently credited to CCM (ccm.net).
Previous

How To Read Deleted WhatsApp Messages