As of 2020, WhatsApp is no longer supported on Windows phones. You can read more about this here.

WhatsApp Messenger for Windows Phone is an internationally-used messenger app. The app's main use is to chat via instant messaging either one-on-one or in a group with multiple people. The app also makes it possible for users to enable Push Notifications, which alerts users of received messages, even when they are not active in the app. VoIP calls have been included to allow voice calls between two smartphones. This feature also applies to calls between a Windows Phone and a PC, provided that both devices have a webcam. Users are also able to exchange files with their contacts. This app allows the sharing of pictures, music tracks of any format, voice messages and even videos. Users must secure a 3G or WIFI connection in order to benefit from this feature. 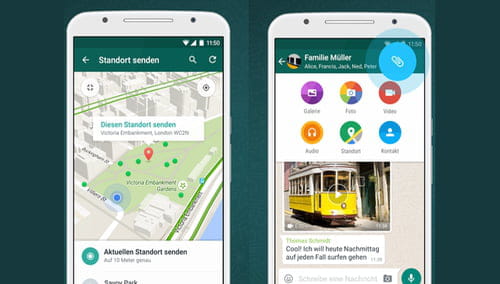 WhatsApp is no longer supported on Windows Phone since December 31, 2019.

WhatsApp Messenger for Windows Phone is also available on Android, iPhone, and BlackBerry.
Share
Related
Latest update on February 14, 2020 at 01:54 AM by Aoife McCambridge .
View all 55 comments