The popular voice and video calling feature of WhatsApp has now been released in WhatsApp Desktop app, the desktop version of the application. In addition to individual calls, the tool, as in the original app, is also available for group calls. In this article, you can learn how easy it is to make a call or video conferences in the instant messaging app desktop version. 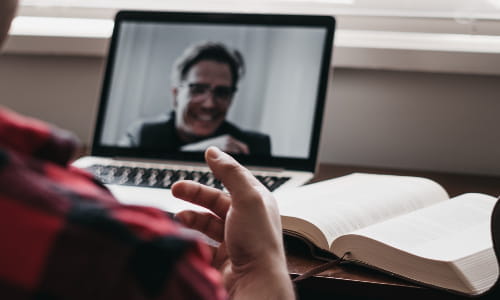 How to Make Calls in WhatsApp Desktop

Just like conventional messaging in WhatsApp Desktop, making voice and video calls requires only that your smartphone is connected to the Internet, via Wi-Fi and mobile data. There is no need to perform any kind of manipulation with your phone when making or receiving calls on the web.

How to Call Over WhatsApp Desktop

Access WhatsApp Desktop and open the conversation with the contact you want to call. In the top bar of the interface, next to the contact's name, click on the phone icon or the camera icon to start a voice or video call, respectively:

A small window will appear indicating the status of the conversation and offering buttons to stop the call or switch off the microphone:

In video conferences, a button to remove the video will also appear. Of course, you need to have a webcam installed on your computer in order to properly participate in video calls.

How to Receive Calls in WhatsApp Desktop

When you receive an audio or video call, a window will appear on the WhatsApp Desktop screen with the name and photo of the contact. Click Accept to answer the call or Decline to decline the call. There is also the Ignore option where the window disappears and the sound is muted, but the call continues. 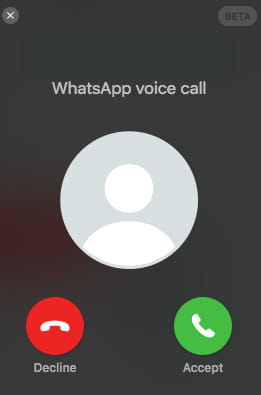 Related
This document, titled « How to Make Audio and Video Calls with WhatsApp Desktop », is available under the Creative Commons license. Any copy, reuse, or modification of the content should be sufficiently credited to CCM (ccm.net).
Previous

Message Yourself on Whatsapp