There are many reasons why you may be looking for a way to type the accented letter "é" on an English-language keyboard. Maybe you're interested in typing in a foreign language, or maybe you'd like to type something about Pokémon GO. Whatever the case is, the absence of the accented letter on QWERTY keyboards doesn't have to be frustrating. This walkthrough will show you a few ways to type the letter "é" on an English-language keyboard. 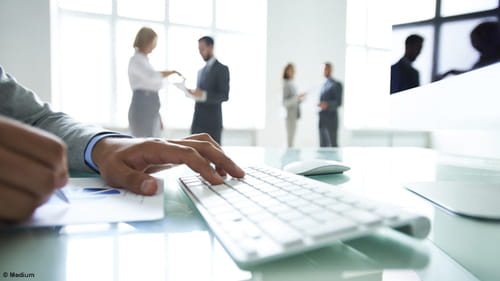 Inserting a Special Character by Copying and Pasting

The simplest solution when it comes to inserting a special character is to copy and paste the character from the internet to where you need it. Here are the most commonly used accented letters:

Typing the Letter 'É' on a PC

In Microsoft Word, press CTRL + ‘, followed by the letter "e". This should make the letter "é" appear in your document.

Typing the Letter 'É' on a Mac

In order to make an acute accent mark appear above the standard letter "e," start by pressing and holding the ALT key on your keyboard. Next, press the letter "e"; this should make the acute accent appear.

You may find the following keyboard shortcuts useful:

The final solution that could work for Windows users is a character table. To use this, click Start > Accessories > Command. Next, enter the following code:

Typing the Letter 'É' in Word

Word will automatically recognise the need for and insert an accent in many words. For example, if you type the word "cafe", the program will transform the word into "café".
Image: © Medium.

Related
This document, titled « Type 'E' with an Acute Accent », is available under the Creative Commons license. Any copy, reuse, or modification of the content should be sufficiently credited to CCM (ccm.net).
Previous