Many of Apple's premium range of computers based on the Mac OS do not have any key for making an open/close brace. Generally on the keyboard, this open/close brace, also called the Left Curly Brace and the Right Curly Brace, is present. This brace which is denoted by { } is absent on a Mac keyboard. This absence of the character may cause inconvenience for its users. This can, however, be dealt with - the open/close brace can be entered through a combination of keyboard keys on a Mac. 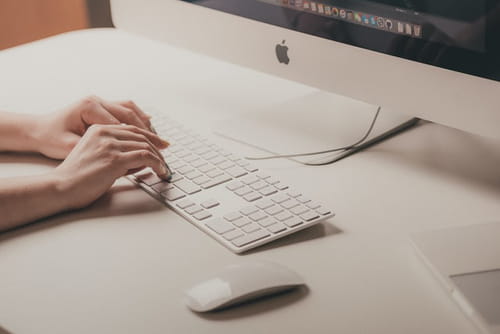 There is no key for open or closed braces (also known as brackets) { } on certain Mac keyboards. However, it is possible to enter these characters using the following combinations:

Photo by Ilya Pavlov on Unsplash

Related
This document, titled « Making an Open/Close Brace on a Mac Keyboard », is available under the Creative Commons license. Any copy, reuse, or modification of the content should be sufficiently credited to CCM (ccm.net).
Previous

Change the language of MAC OSX